To any Chopin aficionado, concerts of the piano master’s musical works present themselves as a real treat. Pieces from the oeuvre of the legendary composer, renowned both in Poland and worldwide, are performed regularly all year round.

The concerts highlight Chopin’s most popular piano works, as performed by such notable pianists as, among others, Witold WILCZEK, Anna BOCZAR, Weronika KRÓWKA, Bartłomiej KOMINEK and Paweł KUBICA. The Artists play on Yamaha Grand Piano, which guarantee excellent sound.

The events take place in the 15th century building, which used to be a house of Master of the Hunt for the Royal Family, Kaspar Dębiński.

Witold Wilczek (born on December 12, 1988) – pianist, winner of numerous competitions: e.g. Concours Musical de France – Grand Prix, in category quarter mains, Paris, 2000; Premio Accademia Romana – 3rd prize, European Commission special prize, Rome, 2013; VI International Chopin Piano Competition – honorably mentioned, Budapest, 2014; scholarship holder of the Polish Bielecki Art Foundation and the Swiss Lyra Foundation. He received his first piano lessons at the age of four from his grandmother, a concert pianist, who remained his mentor until he began his studies. He completed Musial primary and secondary schools in Krakow, in Monika Bylica’s and Wojciech Cieciora’s classes. At the age of eighteen, he went to Switzerland where in the years 2007 – 2010 he studied in Hochschule Der Kunste in Bern in professor Tomasz Herbut’s class. After returning to Poland he continued studying at the Kraol Szymanowski Academy of Music in Katowice in professor Monika Sikorska-Wojtacha’s and prof. Zbigniew Raubo’s classes and got his master degree in 2015. He perfected his skills at numerous virtuoso courses, with such professors as Dina Yoffe (Krakow, 2004), Andrzej Pikul (Krakow, 2005), Maja Nosowska (Bern, 2009), Lee Kim Sing (Katowice, 2012), Anna Malikova (Katowice, 2013), Jan Jiracek von Arnim (Katowice, 2013), Tamas Ungar (Katowice, 2015) and for several years he also has had private lessons by the outstanding French American pianist Eugen Indjic. He gives numerous concerts in Poland and abroad (France, Germany, Hungary, Italy, Switzerland, Unites Kingdom, USA). Since 2007, he has regularly performed Chopin recitals, giving over sixty of them in a year.
He performed at such festivals as Printemps Musical d’Annecy” (Annecy, France, 2011) or „Academia Festival” (Saracinesco, Italy, 2015).
In March 2011he did a concert tour in France where in addition to recitals he also held virtuoso courses in Paris (Conservatoire Raoul Pugno) and Chamber (Cite des Arts). He performed, among other things, in the prestigious Musee Grenoble. In 2012 Witold recorded his debut CD for bielecki Art Foundation label where he recorded works of polish composers: Ignacy Jan Paderweski, Frederic Chopin and Janusz Bielecki. Wiold Wilczek closely cooperates with many renowned artist and institutions such as, soprano Łucja Czarnecka, composer Janusz Bielecki oral Bielecki Art foundation. 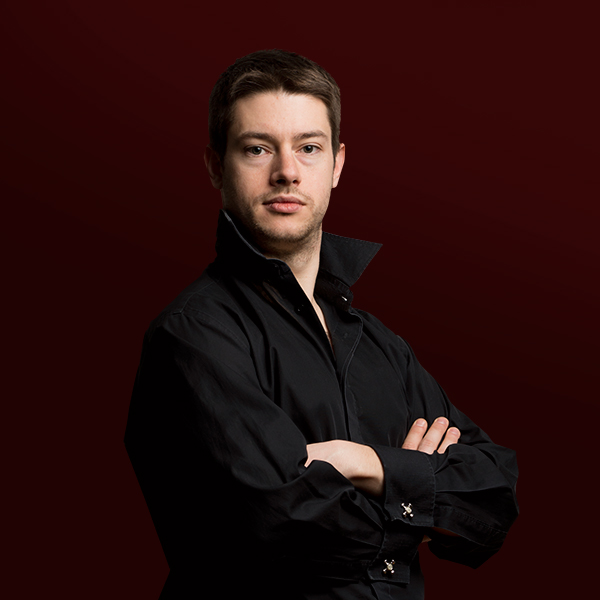 Paweł Kubica graduated with distinction from the Cracow Academy of Music, from the class of Janusz Olejniczak, in 1996. He has won a string of awards in competitions both in Poland and abroad. He won the Stendal Music Foundations Piano Competition (Detmold, Germany) in 1992; He was awarded the special prize at the First Aleksander Tansman International Competition of Music Personalities (Łódź, Poland) in 1996; and carried off two prize sat the Second Krzysztof Penderecki International Contemporary Chamber Music Competition in Cracow in 1998: first prize in the solo category, and the special prize for the best interpretation of a work by a polish composer. He has entered the Frederic Chopin International Piano Competition twice (1995, 2000). He gives concerts in Poland and abroad. His discography includes a CD with the works of Schumann, released in Germany in 1995 by BMG Ariola. He has also recorded Schumann’s piano concerto in A Minor forPolish Radio together with the Polish Radio Orchestra, conducted by Wojciech Rajski (2002).

A Pianist, born 22nd May 1973 in Warsaw. He studied with Janusz Olejniczak and graduated with distinction from the Academy of Music in cracow. He participated in many master classes taught by the most outstanding piano tutors, such as Andrzej Jasiński, OxanaJablonska, Lee Kum-Sing and Ryszard Bakst. He is currently a lecturer at the Academy of Music in cracow, where he completed his habilitation in 2015. The artist has won several awards and distinctions in piano competitions and festivals both in Poland and abroad – at the Festival of Polish Pianists in Słupsk and the Festival of Talents in Tarnów, as well as at events held in Kil (Sweden), Glasgow and London. The concerts he has given in Poland (Festival of Polish Music in Cracow, Festival of Polish Pianists in Słups, Polish Radio Music Festival in Warsaw, „Bravo Maestro” Festival in Ignacy Jan Paderewski’s manor house in Kąśna Donna, Festival of Talents in Tarnów, International Festival of Contemporary Music „Warsaw Autumn”, Warsaw Music Encounters, „Music on the Heights” Festival in Zakopane, International Days of Cracow Composers), in many places in Europe, Middle East and Japan, received excellent reviews. He has performed in Chopin Festivals in Ghent (Belgium), Valdemossa (Mallorca) and Nohant-Vic (France). He has also made numerous recordings for the Polish Radio and Television. He portrayed Fryderyj Chopin in a film produced by the Japanese Television. In 2004 Bartłomiej Kominek recorded the album with Sargey Prokofiev’s compositions, including a rarely performed complete version of Suite from the ballet „Romeo and Juliet” op. 75 and a brilliant Sonata no. 6. In 2005 his recording of Chopin’s Etude in E major op. 10 no. 3 was selected to be a part of the CD with interpretations of the most renowned Polish pianists and winners of Chopin competitions. Later that year, together with Janusz Olejniczak, Gdańsk University Choir and eminent soloists, he recorded the infrequently presented Petite messe solennelle by Giacomo Rossini. The CD was produced by the Gdańsk University. In 2010 DUX related his album with Grażyna Bacewicz’s compositions (among others Piano Quintet no. 1 arranged for piano and chamber orchestra) which received a nomination to the „Fryderyk” award. In 2013 he recorded a monographic album for Polskie Nagrania covering the works of Croatian composers and president – Ivo Josipović. The artist has been active as a chamber musician and has collaborated with many well-known artists, ensembles and orchestras, including Sinfonia Varsovia, Cracow Philharmonic Orchestra, Sinfonia Baltic, Capella Cracovienisis, Polish Radio Orchestra, „DAFO” String Quartet, „Camerata” String Quartet, „Prima Vista”String Quartet, Polish Radio Choir in Cracow, Elżbieta Towarnicka, Olga Pasiecznik, Anna Radziejewska, Iwona Sobotka, Bogusława Dziel-Wawrowska, Janusz Olejniczak , Konstany Andrzej Kulka, tomasz Strahl, Marcin Nałęcz-Niesiołowski, Wojciech Michniewicz, Daniel Smith, Magdalena Bojanowicz and Janusz Wawrowski. Since 2011 he has performed with pianist Anna Boczar as „Chopin Paino Duo”. He wrote the arrangements of Fryderyk Chopin’s all orchestral works for piano and string quartet that were published by PWM (Polish Music Publishing House).

Weronika Krówka was born on 24 January 1984 in cracow. She started playing the piano at the age of five and since then she has been going deep into the world of sounds and emotion. Getting to know and performing music recorded in the old days and music creating nowadays. In the year 2010 she played piano recitals at her exams of Cracow Music Academy, where she graduated from in the class of dr Piotra Machnik. In 2008 – 2010 she studied at Hochschule fur Music und Darstellende Kunst in Frankfurt upon Men in the class of Catherine Vickers. At present she is a student of Corso Internaztionale di perfezionamento pianistioce of prof. Maurizio Moretti at Conseravtorio Superiore del Liceu in Barcelona. She is also developing her passion at home and foreign music courses as at International Championship Piano Course in Duszniki Zdrój, concerts and festivals e.g. She took part in the Festival of Contemporary Music in Stambul, Turkey in May 2008 and in December the same year she performed at the Festival of Piano and Electronic Contemporary Music, which was held in Karlsruhe, Germany. In October 2009 she played in the Event of II Days of music by Bohuslav Martinu. In the year 2008 She was a winner of the third reward at the International Piano Competition in Rome, so-called „2008 ROME”. In August 2010 she was rewarded with the second prize at The International Contemporary Chamber Music Competition, which took place in cracow. 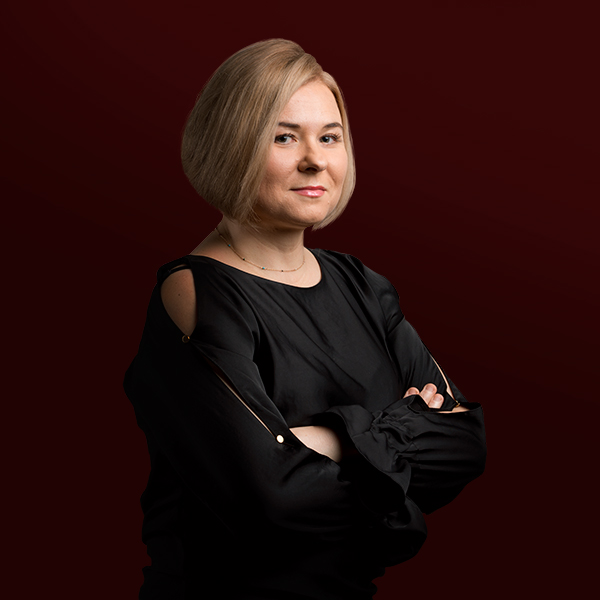 The concert hall is a gallery dedicated to F. Chopin who was one of the greatest composers of all time. The venue is in an old historical tenement house called “Dębinskim” or “Under Barrel”. The house was built in the 15 century as an one-storeyed building and it was restructured thoroughly in the middle of the 16th century.After that the house became  the property of a Royal Hunter named Kaspar Dębinski  who worked for the Royal Family in the Wawel Castle.He ordered to add  the second floor and  then  the house’s facade was decorated with paintings presenting different kinds of weapons. At present you can see extraordinary the 19thcentury staircase with its original richly ornameted railing made of iron leading to the concert hall.

If after purchase you will not find a ticket in your mailbox - check if it is in spam. (Jeśli po zakupie nie znajdziesz biletu w swojej skrzynce pocztowej - sprawdź czy nie znajduje się on w spamie.) 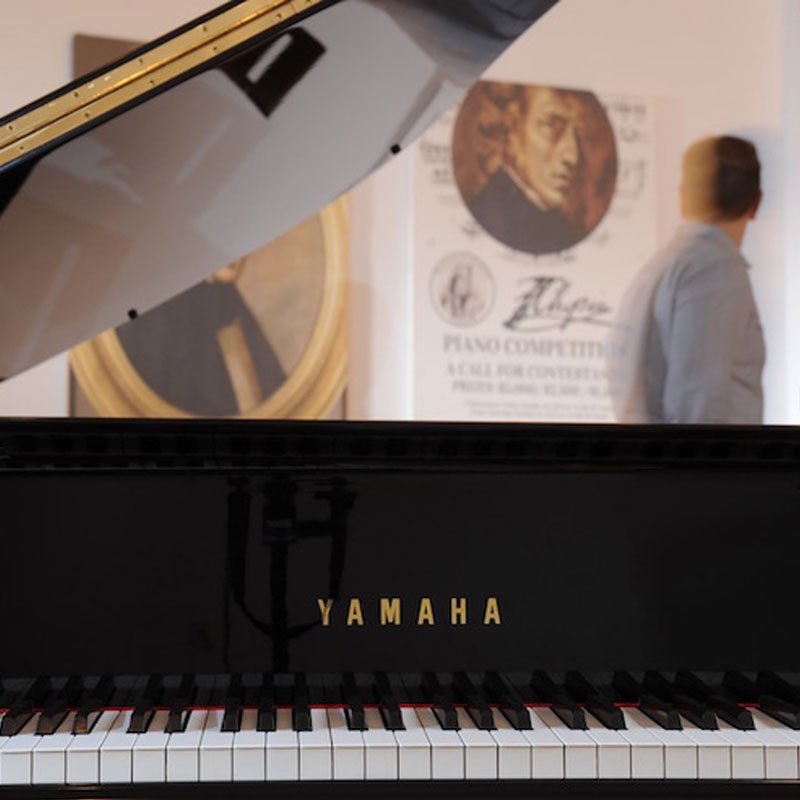 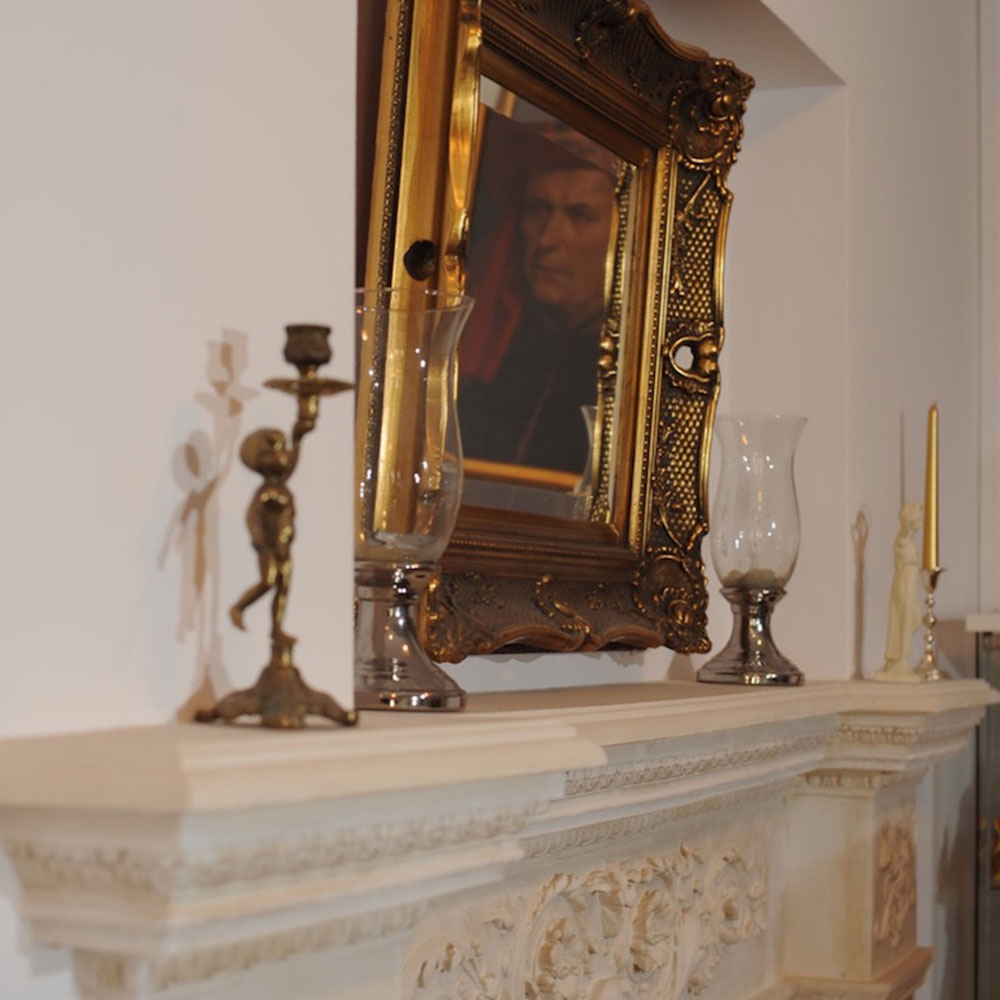 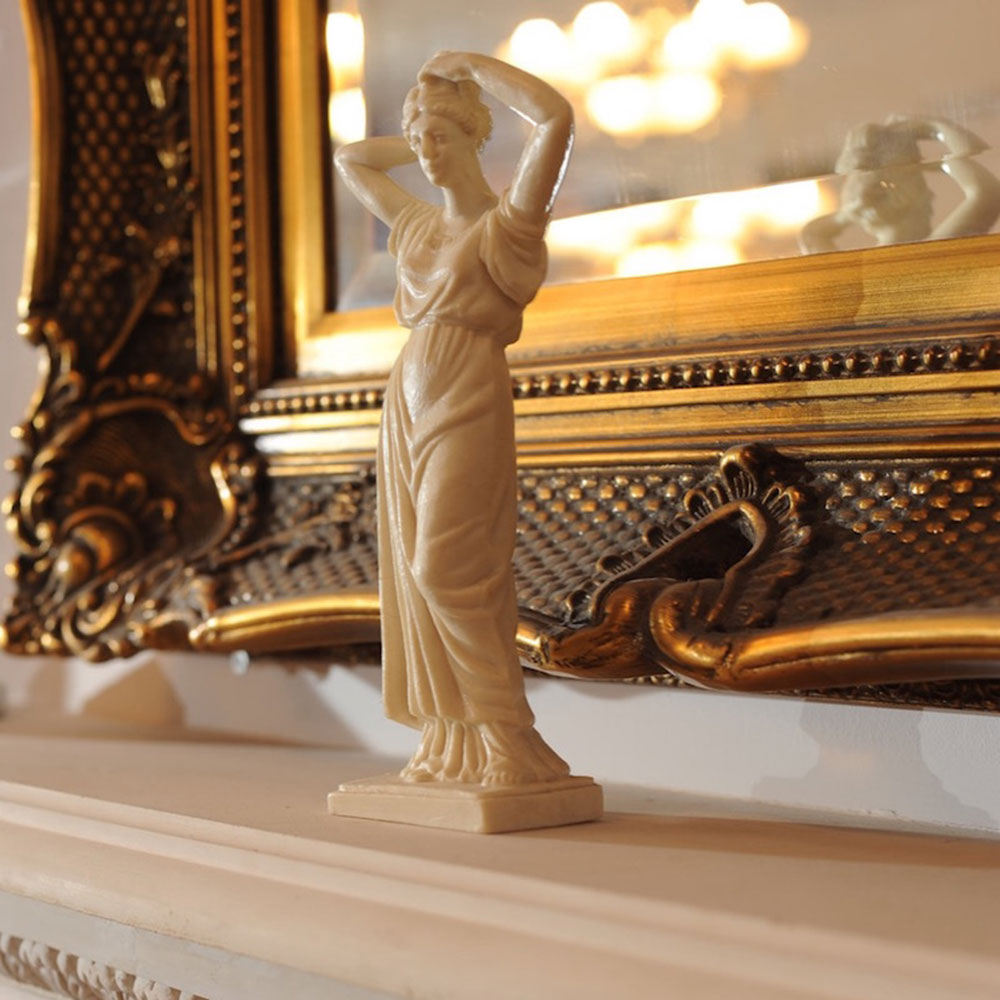 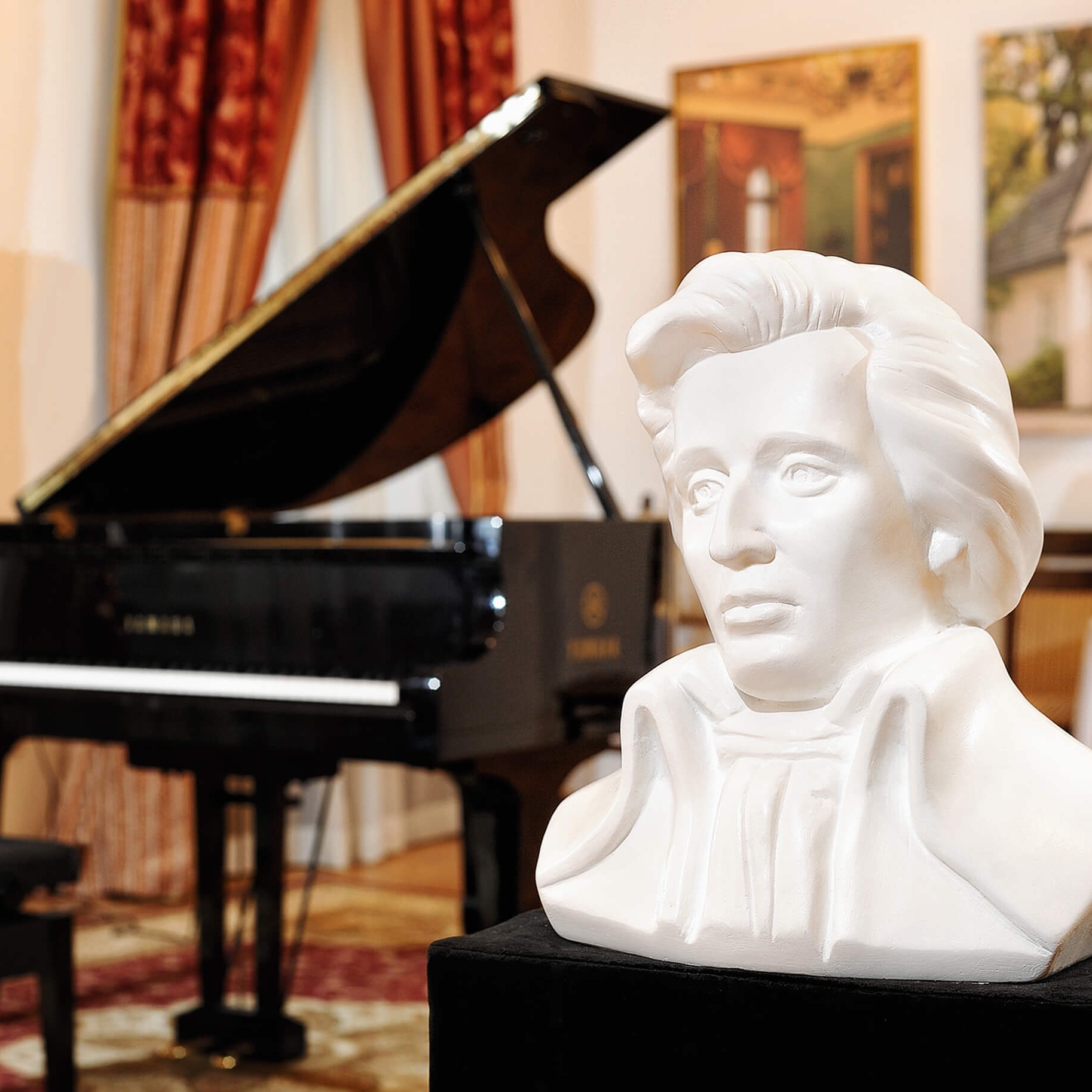 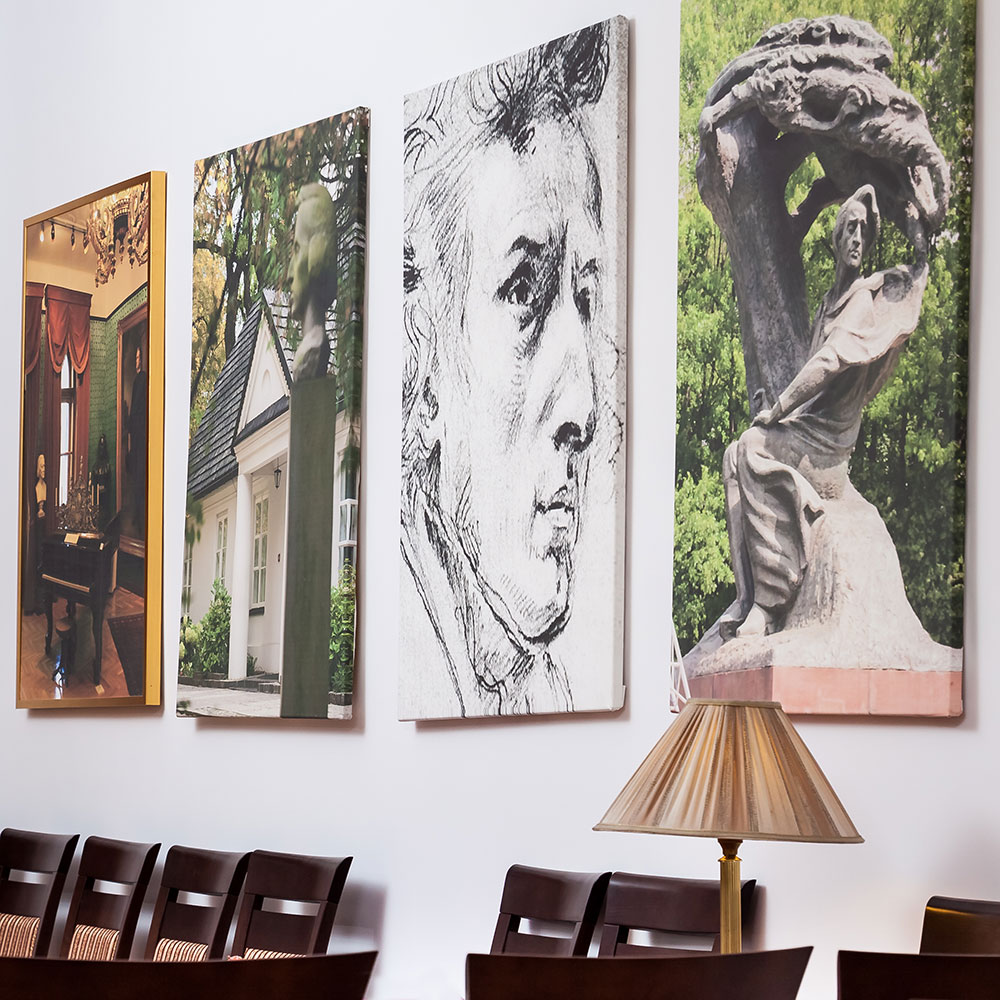 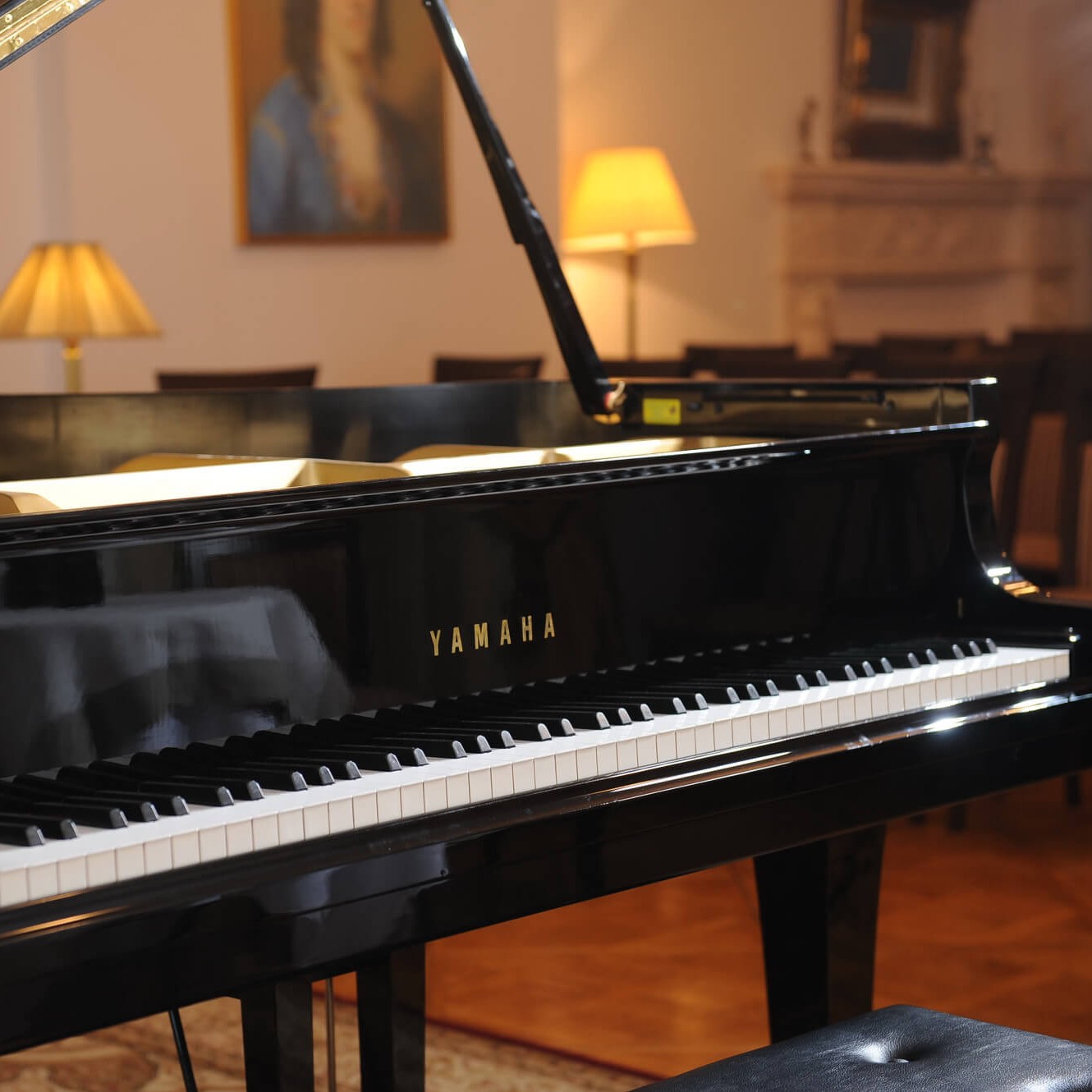 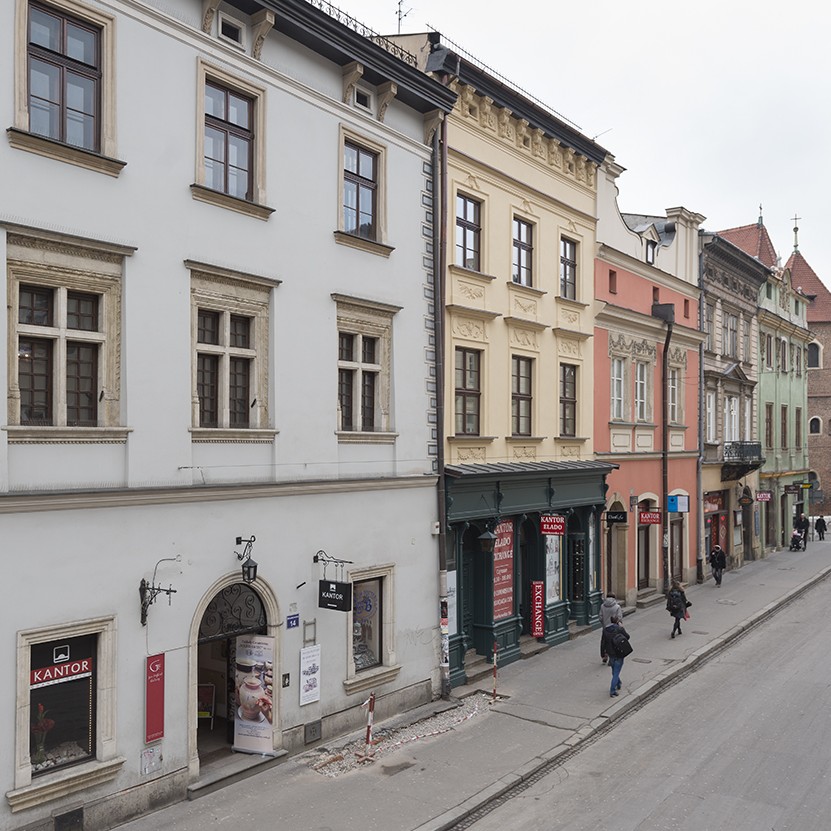 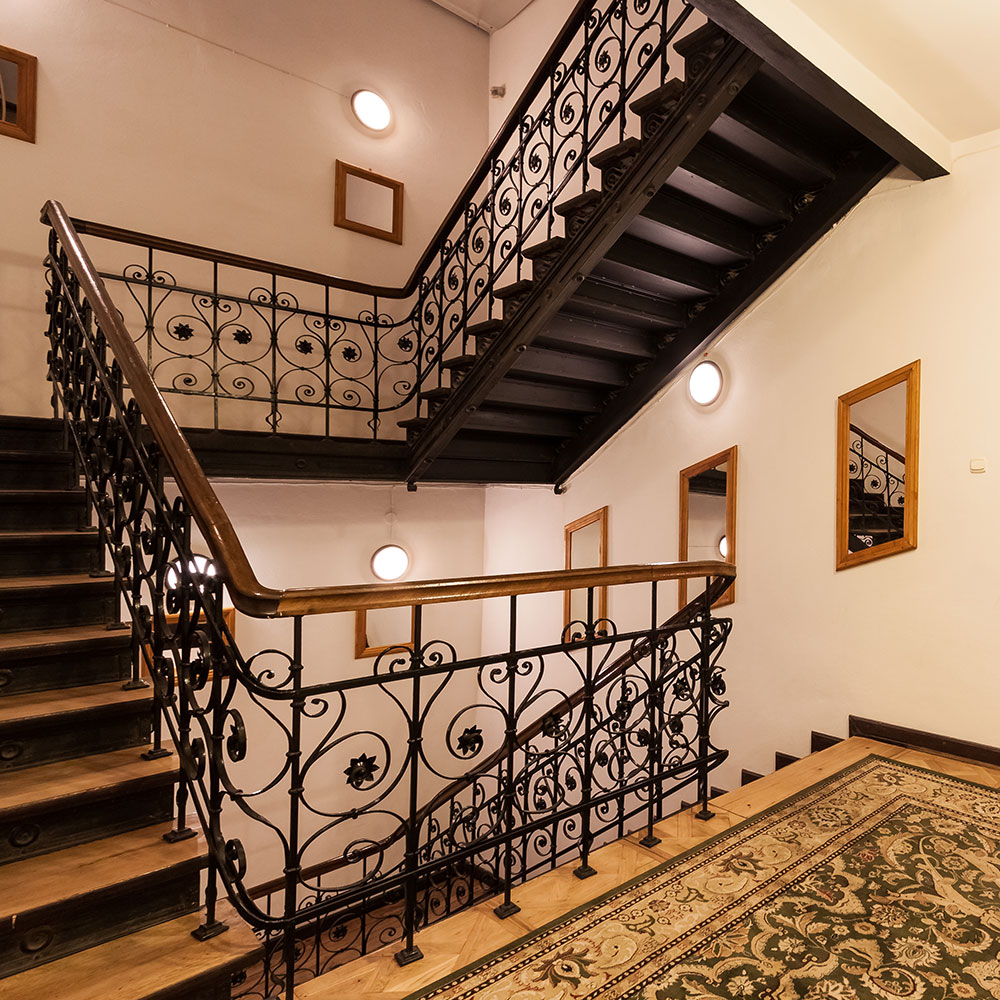